We haven’t received a full-fledged trailer for next year’s DC film Birds of Prey, but that doesn’t mean we don’t have any info about the movie. Earlier this month a teaser for the film released alongside IT Chapter Two. Now we have inside look at the movie thanks to some new footage that shows Margot Robbie’s Harley Quinn at a roller derby.

The Suicide Squad spinoff will have Harley Quinn showing up in a roller derby from a quick look in WarnerMedia’s new video about the company’s Inclusion and Diversity Report.

In the video, director Cathy Yan can be seen working with actress Margot Robbie where you can see Harley Quinn in a full roller derby getup. Harley got her colorful pigtails popping out of a yellow helmet with a red and black outfit.

Harley Quinn got her own on-going comic book series in 2013 where she was a part-time affiliate on a roller derby team, so there is a meaning for her strapping on to her roller skates.

You can see Harley Quinn around 1:13 in the video below.

Earlier this month, the movie uncovered the poster with the official release date just a few weeks after it was leaked online unintentionally thanks to a teaser that was found in theaters.

The new poster focuses on Quinn, much like the movie itself. She’s in front of a rainbow-colored background sporting her signature red lipstick and a bright pink top, lots of chain necklaces.

Harley seems unbothered, looking like she’s lost in a daze and starring at all of the other stars of the film as birds. 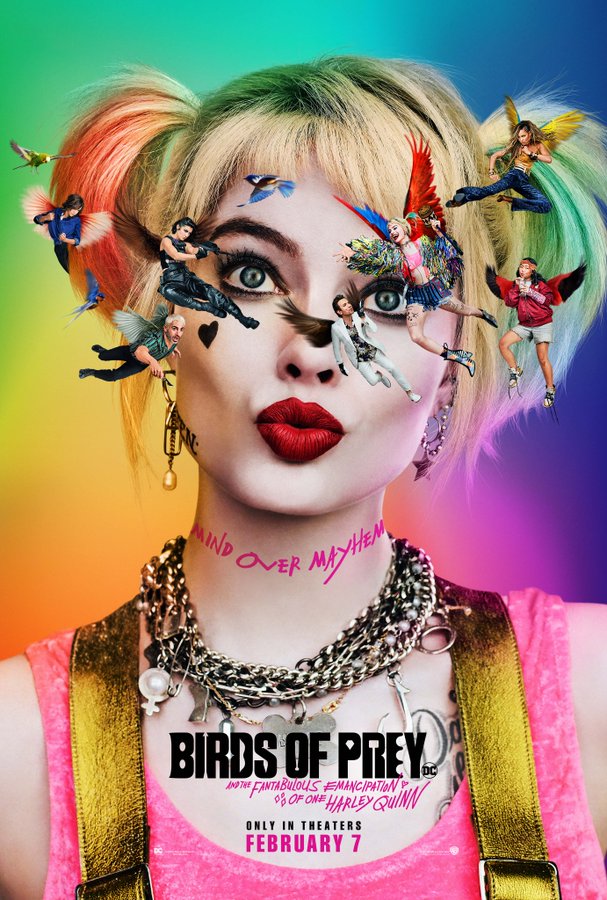 23.4K people are talking about this

A tattoo on Harley’s neck matches the caption of the twitter post, which states “Mind Over Mayhem.”

What do you think of Harley Quinn’s new makeover for movie Birds Of Prey?